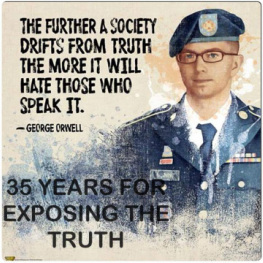 Bradley Manning
Thomas Andrews Drake Thomas Drake. Years before Edward Snowden’s National Security Agency (NSA) leak there was another major leak involving the NSA. The whistleblower, Thomas Drake, claims that if the NSA had used resources more efficiently, it could have prevented the Sept. 11 terrorist attacks that killed thousands of Americans and triggered the subsequent U.S. invasions of Afghanistan in 2001 and Iraq in 2003.

The Atlantic Wire reports that Thomas Andrews Drake, leaked information to a Baltimore Sun reporter claiming that an NSA surveillance program known as “Trailblazer” was a waste of agency resources.

A more efficient system called “Thin Thread” was available but wasn’t used by intelligence agencies. Drake also claims that the Thin Thread program was less invasive than Trailblazer, which many civil liberties proponents now believe infringed upon Fourth Amendment Rights that bar authorities from carrying out unreasonable searches and seizures.

When Drake came forward with this evidence and expressed his grievances to the Baltimore Sun and later during a 60 Minutes episode in 2011, he was charged for violating the Espionage Act of 1917.

He now faces up to 35 years in prison for airing his grievances and exposing possible NSA constitutional violations to the media. 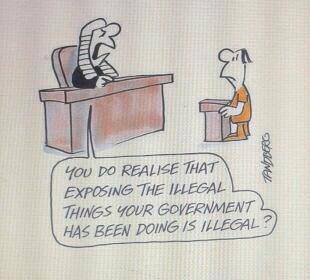 Edward Snowden is hiding in Russia, and Julian Assange is hiding in the Ecuadorian embassy in London, evading unlawful rendition by the US. The Obama administration  is doing its level best to track down and prosecute those who reveal government and corporate corruption, war crimes and criminal activity. 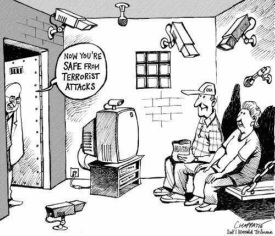 Frank Serpico. New York City Detective Frank Serpico, broke the NYPD’s code of silence about how police officers are encouraged to turn a blind eye to wrongdoing within their ranks, one of many whistleblowers forgotten to history.

David P. Weber David Weber, a former chief investigator for the Security and Exchange Commission (SEC) Inspector General’s office revealed a sex scandal within the SEC that he claims undermined the Commission’s investigations into the Bernie Madoff scandal and Allen Sanford: two men responsible for Ponzi schemes that defrauded individuals of billions.

Weber and his attorney are now pushing forward with a lawsuit after the firing to expose a whole host of problems.

Stanford and Madoff are serving respective 110 year and 150 year sentences for their roles in multibillion dollar ponzi schemes that defrauded investors.

It was a lawsuit filed by Ted Siska in U.S. ex rel. Siska v. Ward Diesel Filter Systems, Inc., No. 10-0111-JL (D. NH) that alerted the federal government to systematic overcharging for services. His lawsuit allowed the government to investigate Siska’s claims that Ward Diesel had been routinely overcharging government agencies that purchased diesel filter systems through its GSA contract.

The company agreed to pay $628,000 to resolve allegations that it knowingly submitted false claims.

Jeffrey Sterling Federal prosecutors believe that Jeffrey Sterling, a former Central Intelligence Agency (CIA) provided classified information to New York Times author James Risen that served as the basis for a chapter in his 2006 book, “State of War: The Secret History of the C.I.A. and the Bush Administration.”

The chapter outlines an effort by the CIA in 2000 to disrupt Iran’s nuclear program. The plot involved sending a former Russian scientist to give Iranian scientists blueprints for a nuclear triggering device with a hidden design flaw that would compromise the program.

Stephen Jin-Woo Kim In 2009  Stephen Jin-Woo Kim, a senior analyst at Lawrence Livermore National Laboratory and former State Department contractor, was accused of telling James Rosen, the chief Washington correspondent for Fox News, that North Korea was preparing to have a bomb test.

Kim was indicted on charges relating to the incident, in violation of the 1917 Espionage Act. The Department of Justice (DOJ) had tracked Rosen’s phone records, viewed his personal emails and even gained access to “security badge access records" to track the reporter’s comings and goings from the State Department.


John Raines, his wife Bonnie Raines, Keith Forsyth and 5 other members of a team broke into the FBI in Philadelphia and obtained 1,000 documents that proved the FBI was acting illegally. The FBI was infiltrating peaceful organisations with illegal surveillance and intimidation. The documents were leaked to the press resulting in a massive change in public awareness of deceit by the government. The team was careful to leave no trace and have never breathed a word about the event to anyone until now 43 years later. Read more here.