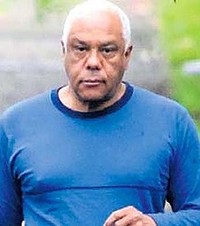 WilliamTarnow Mordi lacks competence.
In late 1999, Professor William Tarnow Mordi was appointed director of the neonatal unit
at Westmead Hospital in Sydney. From the first week Dr Cole believed that
Professor Tarnow Mordi lacked clinical  competence. As a doctor at the hospital, he
attempted to alert the Westmead Hospital  administration (Sydney West Local Health District
and its predecessors) to what he believed were the dangers faced by severely
premature babies and sick term babies in the neonatal unit.

In 2001 Professor Haslam from Adelaide was asked to perform an external review
of the unit. Dr Cole told Professor Haslam that Tarnow Mordi lacked competence.
Professor Haslam’s report stated, “Primary nurses expressed uncertainty as to who they
should turn to when … they were genuinely concerned at clinical decisions and standards of care.”

It is Dr Cole’s opinion that the only person whose clinical decisions and standards of
care they were expressing concern about must have been Professor Tarnow Mordi
because otherwise they could obviously turn to him as director of the unit.

It appeared to Dr Cole that Professor Tarnow Mordi maintained control by labelling any perceived criticism as uncivil behaviour, by chairing and editing the minutes of all management, audit and peer review meetings, by chairing the committee that reviewed deaths and harm to patients, by favouring  those who supported him, and by having the full support of Human Resources, Governance and the Executive of Westmead  Hospital. 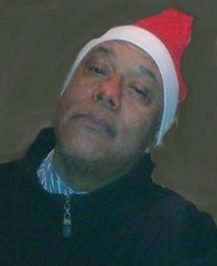 From 1999 to 2009, Dr Cole notified the hospital administration about problems in Tarnow Mordi's management of many babies in the neonatal unit. Many doctors and nurses expressed similar concerns.

This email exchange was intended to be both educational and a warning to Tarnow Mordi about the  dangers of insisting that only whole blood could be used. Instead the email was used in disciplinary proceedings against Dr Cole as an example of his “intolerable behaviour and open criticism of colleagues.”

In 2008 Professor Tarnow Mordi insisted on waiting 8 hours for whole blood before performing an emergency exchange transfusion for jaundice which had already reached a level of 850 in a newborn baby, Baby G. There is an increasing likelihood of severe brain damage the higher and the longer the jaundice level is above 340. The baby suffered severe brain damage, mental retardation, cerebral palsy, seizures, deafness and blindness. In Dr Cole’s opinion, the severity of Baby G’s condition was preventable by earlier exchange transfusion.

Problems in speaking out
There were many other occasions on which clinicians tried to  correct less dramatic errors or lack of competent clinical judgement on ward-rounds, in peer review meetings, in patient management meetings and by direct email to Professor Tarnow Mordi.

It appeared to Dr Cole that the Sydney West Local Health District supported the professor and exacted reprisals against any consultant or nurse who dared to speak out. One nurse who spoke out about the professor’s lack of practical skills in resuscitating newborn babies left the workforce less than 24 hours after attending a meeting led by Local Health District managers.

Many nurses and doctors said much the same thing to Dr Cole: “I have a career, children and a mortgage to consider and I am not willing to speak up.” They saw what happened to anyone who spoke up and it scared them enough to silence them permanently. The greatest danger they faced was appearing to side with someone who made trouble for those who have power.

In Dr Cole’s opinion Sydney West Local Health District was ill advised to allow Tarnow Mordi to remain as director of the unit and to continue to experiment on babies in the unit until his contract ran out at the end of 2009.

The Health District and the Area Human Research Ethics Committee, chaired by Professor Stephen Leeder, did not act on concerns that babies were being experimented on by Professor Tarnow Mordi after he had had his clinical privileges removed. The babies’parents were not fully informed of the professor’s reduced status, nor were they informed that the Health District refused to allow him to practice medically.


Professor Tarnow Mordi did not take up an invitation to correct or comment on this page.