In Dr Michael Cole’s opinion the Andrew Baker – Graham Evans investigation was a coverup of the growing concerns about Professor Tarnow Mordi’s lack of competence and behaviour in the neonatal unit. Andrew Baker, Jo Karnaghan and possibly others agreed that Professor William Tarnow Mordi should find a suitable complaint in order place Dr Cole on a performance improvement plan (PIP).

On two occasions Tarnow Mordi called Dr Cole into his office and said “if you are not happy here why don’t you consider leaving?”

Dr Pesce ignored these concerns and warnings. Later he denied ever getting these warnings.

In 2006 Tarnow Mordi, Dr Andrew Pesce and Belinda Nicholson (Human Resources) commenced proceedings to place Dr Cole on a performance improvement plan (PIP). The complaints for the PIP were either fabricated or were so minor as to not warrant a PIP. Tarnow Mordi formally claimed that the “main area that requires remediation [was] Dr Cole’s inability to communicate with parents ...” There were a number of actions required of Dr Cole that had no
logical connection with the alleged complaints. Dr Cole believed they were only there to punish him for speaking out about Tarnow Mordi's lack of competence looking after babies in the neonatal unit.

In spite of the fact that the complaints were shown to be untrue or minor Tarnow Mordi, Andrew Pesce and Belinda Nicholson persisted in arguing, for over five hours, that Dr Cole should agree to be placed on a PIP. After two hours the ASMOF (union) representative said “Dr Cole may as well speak to the wall because nothing he says makes any difference to you”.

Tarnow Mordi and Belinda Nicholson from human resources continued to argue that Dr Cole’s main problem was speaking to parents. Dr Cole insisted that the doctors, nurses and other workers in the neonatal unit had all remarked that speaking to parents was one of Dr Cole’s strengths and many had asked if they could accompany Dr Cole when he spoke to parents in order to learn from his skills.

Finally, after five hours, Tarnow Mordi admitted that talking to parents was in fact one of Dr Cole’s strengths. Tarnow Mordi confessed that the complaint was untrue.

Dr Cole stated that he believed that the fabricated complaints and proposed punitive management plan were reprisals (bullying) by Tarnow Mordi and the management for Dr Cole’s whistleblowing about Professor Tarnow Mordi’s lack of competence.

Dr Andrew Pesce insisted that Dr Cole sign the complaint and performance improvement plan anyway. Dr Cole refused. Dr Pesce left to phone his superiors to obtain further instructions. When he returned he advised that both he and ‘the administration’ wanted Dr Cole to sign the performance improvement plan. It made no difference to any of them that Tarnow Mordi had fabricated the complaints. Dr Cole refused to sign.

The PIP was simply aborted. No acknowledgement was given that the complaints of this and the previous PIP had been fabricated.


According to Dr Andrew Pesce, Westmead Obstetrician and Gynaecologist, this was “reasonable administrative action, undertaken in a reasonable manner”

It wasn't bullying, it was reasonable administrative sanction. 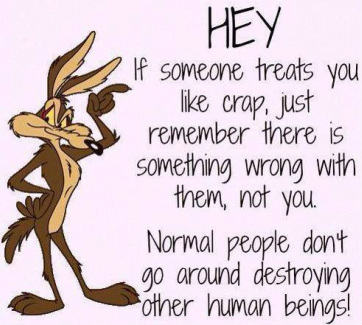 Human Resources
Tim Fields Frequently Asked Questions (FAQ) includes: ‘My Human Resources department refuses to take me seriously. Instead, they are doing everything they can to support the bully whilst getting rid of me. Why is this?’

Dr Andrew Pesce (Obstetrician), Belinda Nicholson (HR) and Professor Tarnow Mordi did not take up offers to correct or comment on this page.